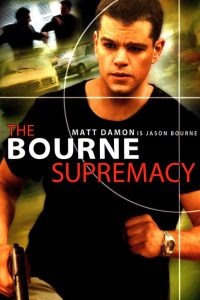 This is my favorite of all the Jason Bourne movies, it definitely harder to understand than the first film, but it is more entertaining. Matt Damon returns as Jason Bourne and likely unregretful. This movie starts almost immediately with the death of Marie Kreutz (Franka Potente), Jason’s lover and it’s sort of just forgotten about. It is a major plot point but it isn’t mentioned very much throughout the film. This movie is very much in the Jason Bourne style, jumping shots, zoom ins for action and reaction shots, though sometimes, it can make the movie a little hard to follow. The film is also a little too fast for my liking, which can make the story a little hard to understand. Bourne is in Paris, you blink, and he’s in Moscow. Sometimes when Bourne was being chased, or shot at, you would forget why or how that situation even happened. Although it can be hard to follow, I enjoyed this movie the most out of all the Jason Bourne Movies.

There were a few times that I was annoyed by the choices of some characters, but it didn’t happen too often. Also, the appearance of Nicky Parsons (Julia Stiles) in the film seemed very unnecessary and out of the blue. The ending of this film was probably the best of any Bourne movie, it’s a very famous scene from the movie and it’s very satisfying especially with the song Extreme Ways by Moby that makes you say “Oh Shoot.”Many people say that Jason Bourne is the American James Bond but, I would have to disagree, this movie, like other Jason Bourne films, shows Jason Bourne working against an industry, a government program rather than cooperating with and working for one like James Bond does. This movie is very good.